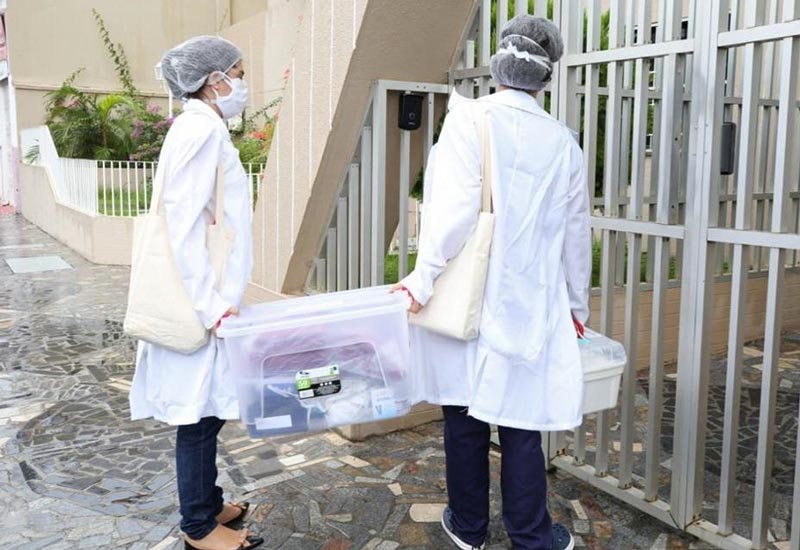 Brazil is one of the countries most affected by the pandemic worldwide. Aracaju, the capital of the state of Sergipe in north-eastern Brazil, responded quickly and comprehensively to Covid-19.

In March 2020, a response plan was developed, and a crisis team was established. This meant that even before the first cases appeared in the region, people with symptoms could be isolated, tested and followed up. Random testing of citizens, for example, in public places, markets and train stations, was also very successful. Through this strategy, around 3,600 PCR tests and 1,200 rapid tests were conducted weekly in all 44 neighbourhoods of Aracaju. Testing allowed a-symptomatic cases to be detected and isolated. In addition, the protection of at-risk groups was vital for the Brazilian city. Therefore, they were tested especially frequently and at home. The prevention measures also included registering travellers at the airport.

In March 2020, the Aracaju city government set up eight medical centres, of which around 130,000 patients were cared for by October 2020. Furthermore, hospitals were equipped with respirators and beds were increased. The field hospital opened in May 2020 treated more than 450 patients. Thanks to these measures, the city's health system was relieved.

Crisis communication was another key component in the strategic management of the pandemic in Aracaju. The citizens were informed about infection numbers in a daily briefing. Another concern of the city was to support the citizens emotionally. Therefore, Aracaju offered psychological counselling by telephone, an offer that was taken up more than 4000 times. Thanks to these comprehensive measures, Aracaju has recorded one of the lowest mortality rates in Brazil concerning Covid-19.

Event Recording in German, Spanish, and Portugiese (Presentation on Aracaju starts min. 73): Strategisches management zur Bekämpfung der Pandemie in Aracaju (Only for those registered on the Connective Cities Platform)

Municipal response to COVID-19 in the MENA region