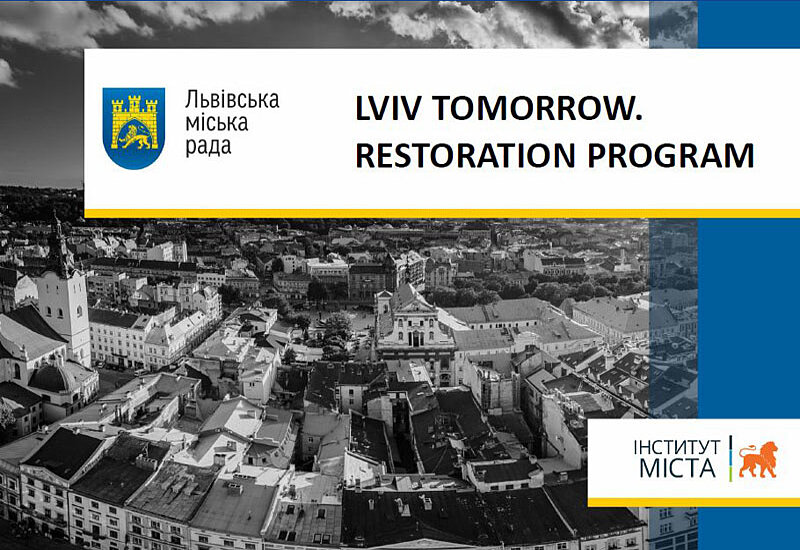 Ukraine, like most countries around the world, is strongly affected by Corona since March 2020. Individual cities experience little government support and are largely left to their own devices to combat and deal with COVID-19. Despite this challenge and only limited financial resources within the city budget, the city of Lviv managed to take quick and effective action.

The city, which is in northwestern Ukraine and has a population of about 750,000, established the "Lviv tomorrow" program to mitigate the negative consequences of COVID-19 and create the preconditions for improving the social, economic and cultural situation in the city. The program consists of 80 different projects, of which more than 50 already have been implemented.

An important pillar of the program is safety and health. The city of Lviv doubled the number of hospital beds available and set up its own COVID-19 testing laboratory. This allowed the number of COVID-19 tests to increase from 200-400 to over 3000 per day, speeding up the tracking of infected individuals and thus simplifying pandemic response.

The city also established new digital solutions that make it easier for the population to stay at and work from home. For example, a portal was created where the population can pay digitally for city services.

Especially the cultural sector was hit hard by the restrictions necessary to combat the pandemic. The city of Lviv is countering this by promoting open-air events and smaller cultural events, for example on balconies. This way, not only jobs in the cultural industry can be preserved, but also part of the life quality in the city can remain. In the uncertain times of the pandemic, cultural events are also a important psychological support for the population.

Another component of the "Lviv tomorrow" program is economic development. One project, for example, supports local food producers. In cooperation with supermarkets, food produced in Lviv is promoted and labeled with "made in Lviv" stickers.

With its extensive "Lviv tomorrow" program, the city of Lviv is taking action on many different levels to combat the pandemic and its effects. Not only the immediate aspects of the pandemic, such as the number of hospital beds, but also other areas of coexistence, such as cultural life, are included. Thus, not only acutely fighting the spread of Corona, but also creating a long-term perspective for the post COVID-19 city.

Impact of Covid-19 on the tourism sector

Municipal Response to COVID-19 in the Area of Governance

Covid-19: The local implementation of vaccination strategies and related communication in municipalities
Back
Top