Municipal services are among the core tasks of a municipality and represent a tangible and direct link with its citizens. The access to municipal services and the quality of their provision strongly influence the social, economic and environmental performance of a city as well as its urban development.

The Istanbul Declaration on Human Settlements (Habitat II Agenda) referred to basic infrastructure and services to include the delivery of safe water, sanitation, waste management, social welfare, transport and communications facilities, energy, health and emergency services, schools, public safety, and the management of open spaces (cf. Habitat III Issue Papers: 18 – Urban infrastructure and basic services, including energy). In many countries several of the tasks related to these services are in the process of being transferred or already fall under the responsibility of municipalities. This is the case, for example, in Germany, a country following the principle of local self-government. However, this transfer of responsibilities often does not go hand in hand with the simultaneous transfer of structures, financial resources and authority to consider and decide at the local level how to best organise and manage these services. Furthermore the credibility of cities among their citizens often depends on very concrete experience with core services the municipalities are supposed to offer. Here municipal companies, which are tasked with the provision of such municipal services, play a key role, as the quality of such service provision strongly influences the performance and livability of a city.

The New Urban Agenda, adopted during Habitat III in Quito in October 2016, is guided by several core principles. One in particular is connected to municipal services and stresses the importance to leave no one behind including "...by providing equal access for all to physical and social infrastructure and basic services" (cf. Policy Unit 9 “Policy paper 9: Urban services and technology”). However, growing urbanisation rates in cities worldwide are creating a serious challenge to realise this principle.  Municipalities and their municipal companies are put under the strong pressure of being able to provide services for a larger number of citizens in a relatively short time framework. In the majority of cases, these service systems and their related infrastructure have been planned decades ago without taking into account urban population changes such as its growth or decline. Adapting existing infrastructure systems is a challenge in itself. In other cases, for example in urban areas in emerging and developing countries, new infrastructure needs to be built to provide municipal services to a rapidly increasing population but cities are struggling to get such structures ready and operational in a limited time span. The additional challenge that cities are facing is to adapt their built environment for the provision of services to more urban users while developing their city in a sustainable, integrated, efficient and effective way. This is in line with Sustainable Development Goal 11 (Make cities and human settlements inclusive, safe, resilient and sustainable) specifically referring to urban areas. Learning from other municipal experiences to get inspired by successful approaches and to discuss open challenges and possible solutions with peers in this sense is the core offer of the Connective Cities platform.

Urban areas play a key role in energy production and consumption. Energy is a major component for both local and global economic development. It is needed for transport, industrial and commercial activities, buildings and infrastructure, water distribution, and food production. With their high concentration of industry, transport systems, buildings and households, municipalities consume large amounts of energy (estimated between 60 and 80% of the global primary energy) and emit between 50 and 60% of the world’s total greenhouse gases. The majority of this energy consumption goes into buildings and transport. However, despite the increasing energy demand in cities, it is at the municipal level that considerable potential to plan for and to produce energy sustainably and strengthen energy efficiency exists.

Another important municipal service is mobility. Cities face the challenge of providing transportation infrastructure that increases accessibility but at the same time reduces pollution, congestion and greenhouse gas emissions. Increasing mobility and connectivity in cities bring enormous benefits to society and also provides the essential means by which a city can function and develop effectively. Solutions for sustainable mobility need a comprehensive and holistic approach requiring a combination of supply side and demand side measures.

Despite the fact that there is sufficient clean freshwater in the world for everyone’s essential personal and domestic needs, these resources are unevenly distributed. Today, 11% of the world’s population still lack access to water that is safe for consumption. This figure rises to over 40% in Sub-Saharan Africa. Moreover, in densely populated areas, the absence of proper sanitation facilities almost inevitably leads to massive pollution and contamination of the available water resources. Unclean water poses serious health hazard risks, which have tangible impacts on education and economic activities due to illness impairment, especially amongst the most vulnerable population groups such as the urban poor. Prioritizing water and sanitation issues is therefore crucial in the overall urban development effort (cf. UN-Habitat, Urban Themes, Water & Sanitation).

Waste management is an important responsibility and a core service, municipalities provide to their citizens. As countries urbanise, production and consumption patterns change, which in turn results in increasing amounts of waste. Thus, the global trend of urbanisation goes hand in hand with a responsibility to adequately handle growing quantities of waste. Poorly managed waste has a tremendous impact on health, local and global environment and the economy. Successful waste management, on the other hand, can not only reduce negative impacts but may also unlock potential in terms of enhanced resource-efficiency and increased employment.

The thematic cluster Municipal Services has been at the centre of several Connective Cities dialogue events and workshops where several good practices have been collected and discussed, specifically on the issues of energy, waste management and mobility. 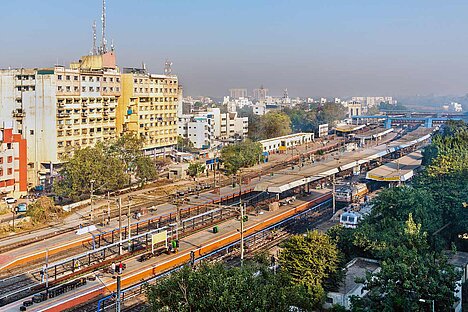 To build cities of the future, which provide good quality of life, improved economic robustness, and harmony with… 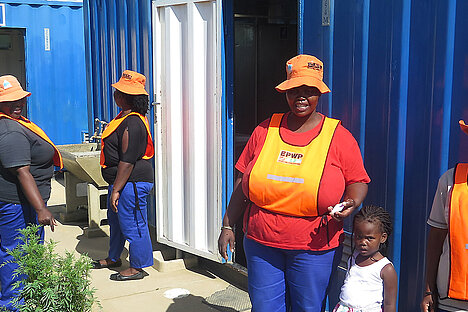 e´Thekwini is a metropolitan area comprising the City of Durban and its surroundings. In 2004, the municipality… 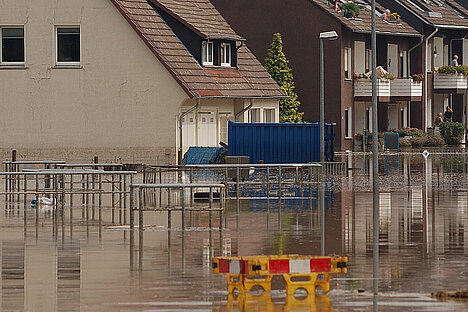 In Dortmund the fire brigade faced an unusual flood event in July 2008. A locally restricted but very heavy rainfall…

more
Good Practices on the topic 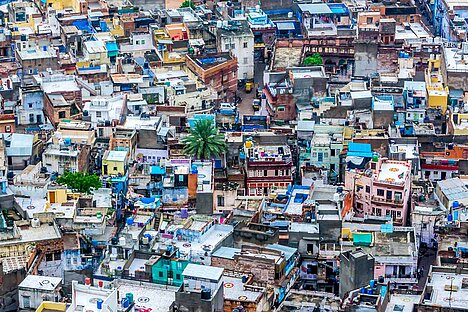 More
Events on the topic
Top