Review of the virtual expert exchange for the MENA region on August 27, 2020 | Outlook on further cooperation 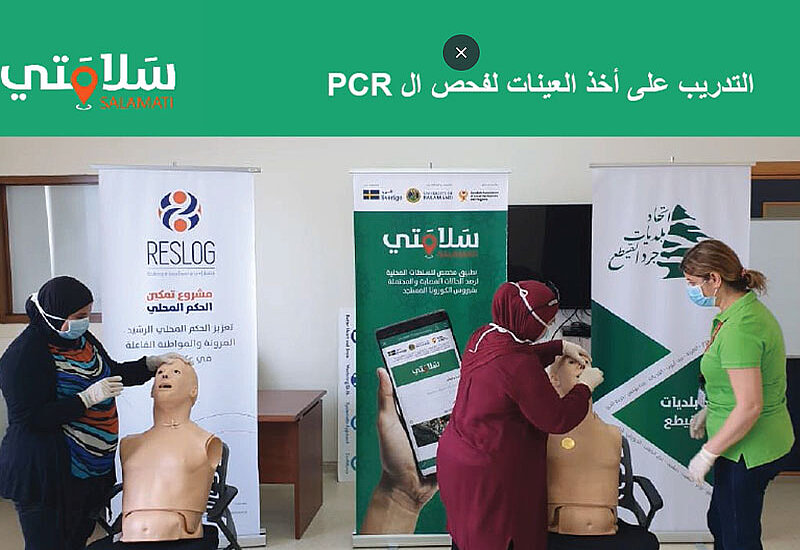 More than 20 municipal representatives from around 8 cities in MENA participated in the sixth virtual event of the knowledge-exchange series on Municipal Response to the COVID-19 Pandemic. The event aimed at showcasing good practices and special measures tailored to the needs of the vulnerable group of refugees and their host communities. For example, information-sharing through local networks of community volunteers, religious leaders and humanitarian workers became a decisive factor in combatting the spread of the virus. Other effective measures undertaken by refugee-hosting cities have put the Global Compact for Refugees into action with respect to targeting migrant and refugee communities in the context of the pandemic.  The virtual event provided the space for an interactive exchange of experiences and all participants have engaged in a lively discussion bringing their local expertise to their peers.

In this virtual session, the experience of the municipal unions of Dreib Al Awsat and Jurd El Qayteh in Lebanon was presented and their good practice of developing and employing an open source tracking application was showcased.  In addition, insights from Irbid (Jordan) were shared by the representative of the city’s municipal council who has shed light on the economic impacts on refugees and host communities employed in the agricultural sector.

Moreover, the following set of questions were addressed:

Pandemic response in the refugee-hosting municipal unions of Jurd Al Qayta and Dreib Al Awsat in Lebanon was optimized using the open source application 'Salamti'. The showcasing of this good practice resulted in an opportunity for cooperation between the initiators of Salamti application and greater Absan municipality in Gaza. Connective Cities will facilitate this cooperation as part of the follow-up activities.

Update on follow-up activities: Concrete cooperation on a solid basis

Connective Cities has organized a meeting between the initiators and developers of Salamati application at Balamand university in Lebanon and representatives of Greater Absan municipality in Gaza- Palestine (the mayor Dr.Anwar Abu-Zarifa and Mr. Ahmad Abu-Ismail) to discuss the dissemination of the good practice of Salamati application in Greater Absan municipality. The Representative of GIZ in Gaza has also participated in the meeting.

It has been agreed to sign a Memorandum of Understanding between the municipality and the initiators and developers of the application in order to kick-start the process of good practice dissemination including the provision of the Salamati application in Greater Absan municipality.

Salamati app is an open-source GIS-based application that enables local authorities to rapidly screen potential COVID-19 cases and to classify areas and people at high risk.

The launch of this pilot project is supported by SKL International under the aspect of digitization. As part of the Swedish Association of Local Authorities and Regions (SALAR), SKL International works worldwide to promote and strengthen local and regional self-government and resilience. By supporting active citizenship in Akkar-Lebanon through the promotion of local systems, community capacity building and community participation in local decision-making, Covid-19 can also be better contained and the negative effects of the pandemic reduced.

Civil society initiatives during and after the corona pandemic

Call for participants: The role of innovation in curbing the impacts of the pandemic

Municipal responses in the COVID-19 crisis: Experiences with contact tracing and outbreak management
Back
Top