Successful pandemic response in the slums of Lusaka, Zambia 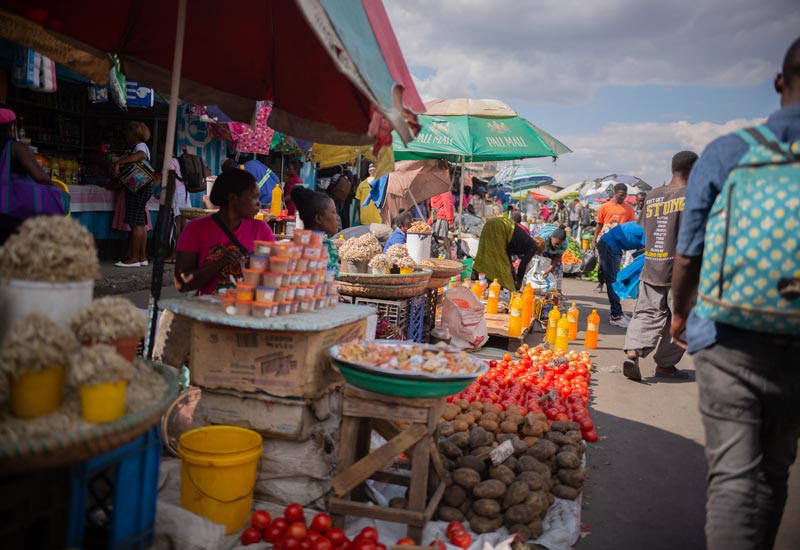 Lusaka, the capital of Zambia, is growing rapidly. Within the last 20 years the number of inhabitants has risen from one million to over three million in 2020. The city's formal housing could not be expanded fast enough, which is why especially the slums experience fast growth. Today around 70 percent of the city's population is living in slums.

In Zambia, COVID-19 primarily affects densely populated areas and especially the capital city of Lusaka, where more than half of the country's recorded corona infections have been counted.

Lusaka's slum dwellers are particularly vulnerable to the effects of the pandemic due to a high population density and an often insecure employment situation. In particular, the unemployment caused by Corona measures and the subsequent inability to pay has multiple broader consequences for slum dwellers, including:

The Lusaka City Council took broad measures to address this. For example, land rents owed to the city council were reduced by 50 percent and fees for legalizing land ownership were sharply reduced. This relieved the burden on landowners and landlords, who were thus able to partially forgo rental income and refrain from evicting residents.

Also, water access was no longer cut due to lack of payment, as water is particularly crucial for hygiene and thus for pandemic control.

In addition, food was distributed, and digital aid was disbursed to combat the acute effects of the pandemic. Decentralization helped to avoid crowded distribution points. High-traffic locations such as markets are regularly being disinfected so that the population can work and shop there with minimized risk.

Urbanisation and proliferation of informal settlements in Lusaka, Zambia (PDF)

Covid-19: The local implementation of vaccination strategies and related communication in municipalities
Back
Top