While in some parts of the world, urban conurbations continue to grow apace, many cities in industrial regions in North America and Western and Eastern Europe are seeing their populations decline. In both cases cities and urban planners are confronted with new challenges in their efforts to keep pace with population trends.

Today, demographic change is already seen as a major challenge to western industrialised nations. It is reflected in declining birth rates, rising life expectancy and the increasing importance of people’s migratory behaviour. The populations of western societies are shrinking, ageing, becoming more cosmopolitan and the proportion of women is increasing. As jobs and people migrate, the regional disparities in terms of economic power and tax revenue are also widening.

These trends can be seen most clearly in urban districts. Declining districts can be found right next to stable or growing ones, and the trends in their age structures also vary enormously.

Not infrequently, it is the city centres that are seeing populations drop. More brownfield development and sustainable land management can help buck this trend. The focus is on finding suitable new uses for newly available sites, vacant plots, underused spaces and properties, and commercial and military areas that are no longer in use.

One example of successful redevelopment is the area around the former coal mine Zeche Consolidation 3/4/9 in Gelsenkirchen in Germany’s Ruhr valley. The Bismarck district was originally a mining area and subsequently marked by outward migration, unemployment and high vacancy levels. A new district centre has now been developed with retailers, commercial premises, service providers and cultural facilities. As part of the Social City programme, residents were involved from the outset, the local economy received targeted support, and the entire area around the former mine revitalised, including listed buildings. The district has become an innovative centre of learning, which has done much to improve its image.

Popular participation is key to integrated urban district development. Formal participation processes, such as those required by law in Germany for urban land use planning, have proved valuable. They should, however, be supplemented by informal processes and cooperation, so that guiding principles can be developed and put into practice with the active involvement of citizens, clubs, associations and businesses. And it is helpful to consult with local authorities in the city and with other local government networks. This is also true in developing countries and emerging economies, even though the challenges they face are quite different.

95 per cent of future urban growth is set to take place in the urban conurbations of developing countries. In Asia and Africa in particular, this trend is extremely dynamic. These regions are facing enormous pressure to develop in social, economic and environmental terms.

Since decision-makers in city governments and municipal utilities are often poorly prepared to cope with the challenges of worsening urban poverty, urban growth often results in sprawling settlements, where the poor live in precarious conditions. These areas are an expression of a lack of economic, social and political participation.

It is often non-governmental organisations that launch projects to improve the living conditions of slum dwellers and initiate processes to promote grassroots democracy. This is clearly illustrated by the example of activities to empower women in El Alto, Bolivia. Initially the women only wanted to improve their nutrition. With the support of a charity, they were provided with information on subsistence agriculture, and they formed producer groups. Since then, many families have seen their income rise. Motivated by their successes the women and their neighbourhood councils are becoming involved in urban development processes, demanding structural improvements and working to legalise their swiftly expanding informal urban settlements.

In Medellín in Colombia, poorer settlements are now far better connected to the city centre thanks to the city’s cable car system, which was initiated with the direct involvement of local authorities and citizens’ groups. This has also done much to improve the quality of life in the poor districts. Easier access to the city centre has improved working and earning opportunities, which in turn has led to increased investment in the social infrastructure, including social centres and schools, and ultimately reduced crime and enhanced social cohesion.

Although the circumstances and challenges vary in the cities we have mentioned here, they all have one thing in common – new economic prospects and opportunities for political participation have been the trigger for positive urban district development. 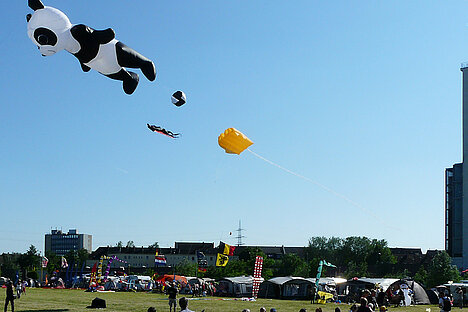 On a centrally located site in Gelsenkirchen-Bismarck, the Consolidation 3/4/9 mine was one of the biggest coal mines in… 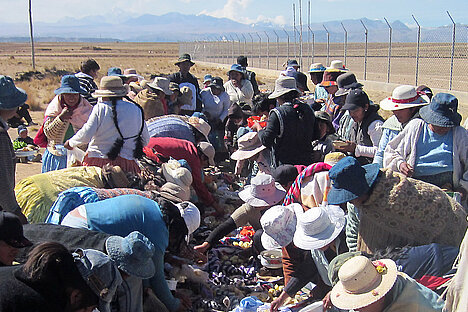 Although the inhabitants of El Alto spend the main part of their income on food, they are not able to afford a healthy… 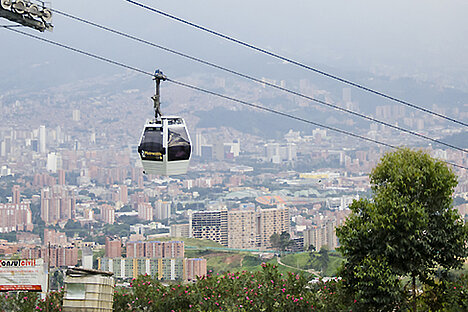 In 2004, Medellín opened the first cable car as part of a public transport system worldwide. This gondola lift is…