Solar Energy for All in Qaraoun municipality in Lebanon

Amidst the energy crisis that Lebanon is facing, the municipality of Qaraoun has succeeded in overcoming major impediments to the provision of renewable energy to its residents. The renewable energy project ‘PV SOLAR SYSTEM- OUR FUTURE HOPE’ has addressed local needs for renewable energy, technical and vocational education and training, as well as community awarness raising. The project has adopted an inclusive approach that ensured gender-sensitivity throughout its components. 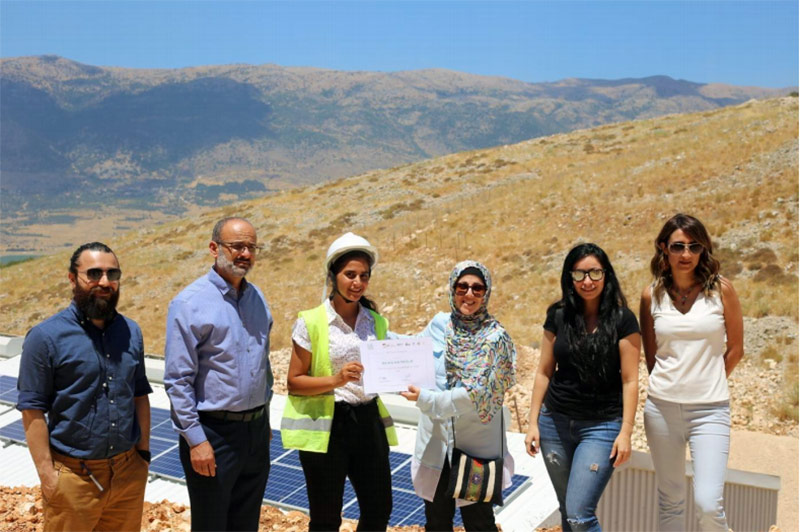 The municipality of Qaraoun is a refugee-hosting small town in the west Beqaa’s valley in Lebanon, with about 10,000 inhabitants including 5,000 Lebanese and 4,800 Syrian refugees.  The municipality belongs to Al Buhaira Union of Municipalities. As in the case with the majority of local authorities in the country, the tight municipal budget fails at covering the costs for operation and maintenance of municipal services projects. Promoting renewable energy is also challenging due to the problem of intermittency, lack of expertise and the political instability in Lebanon which ultimately affects the governance of the solar industry sector.  As Qaraoun municipality’s budget suffered from the lack of government aid, seeking funding opportunities provided by the donor community was necessary.

The endorsed net-metering policy in Lebanon, adopted by national electricity company (EDL) in 2011 as part of the National Energy Efficiency Action Plan 2010 – 2015, marked a major step towards the promotion of solar energy in the country. Utilizing this policy, Qaraoun municipality embarked on a process to facilitate the installation of PV systems particularly in the industrial buildings. To ensure the community ownership of this energy transformation, public consultation and information campaign were key in the selection of priority projects to be implemented. As a result of this participatory process, two projects were selected: a waste water treatment plant and a recyclable waste sorting facility. 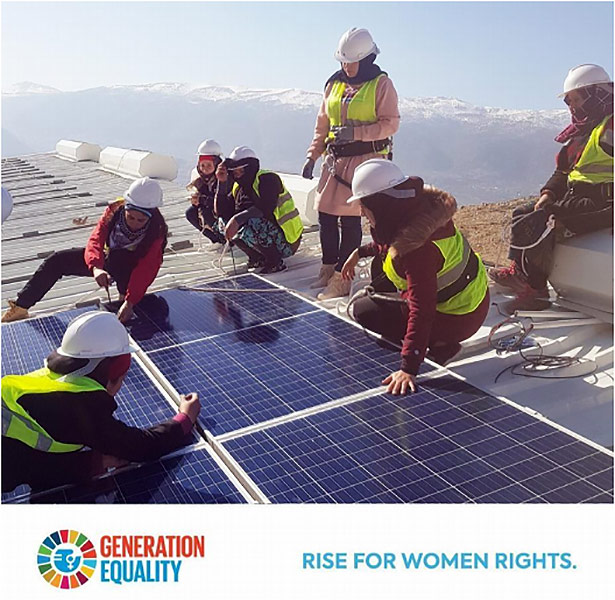 Besides overcoming the problem of electricity blackouts, solar energy presents a sustainable alternative to  the commonly-used diesel generators in Lebanon. Scaling up renewables and rolling out the transition into renewable energy by transferring this good practice to new areas will thus have a positive impact. In addition to the direct economic and social benefits as well as to achieving energy security, environmental sustainability can be maintained by cutting down on GHG emissions.

Due to the success of these projects, the partnership with Traunstein district will be extended to implement other projects, such as the project of solar wastewater lifting station in Qaraoun (funded by the GIZ and in partnership with Traunstein), as well as installing PV systems to operate the solid waste management facility, and the main water pumping station in Kafraiya municipality in Al Buhaira Union. Furthermore, energy efficient street lighting will be installed via a project with Chemonics and funded by the USAID. 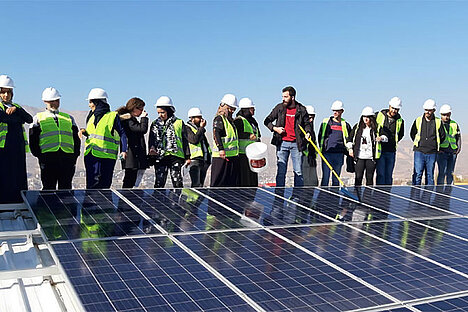 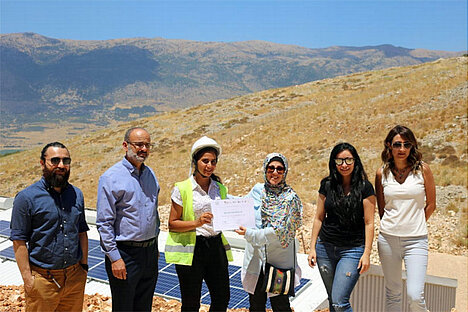 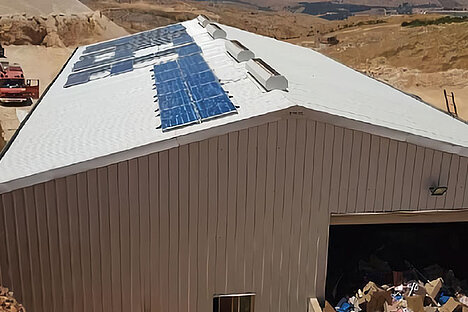 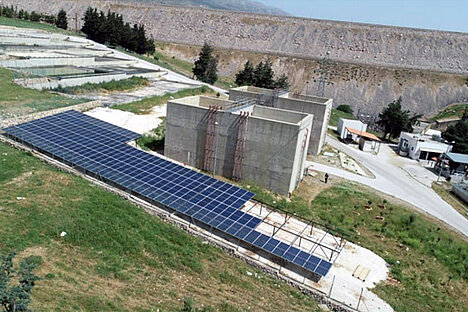 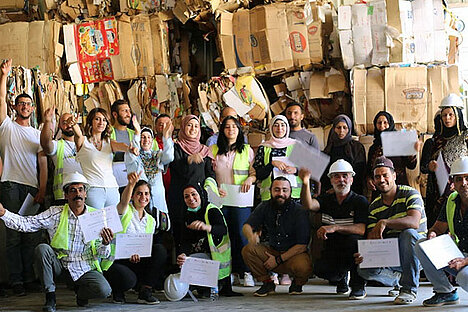 Inside the waste sorting and recycling plant 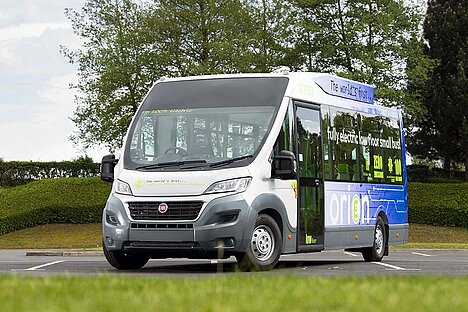 Energy efficiency for rural development in the municipality of Keda 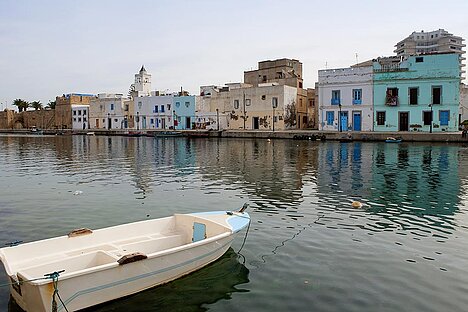 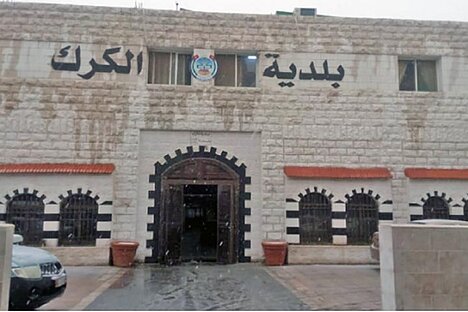 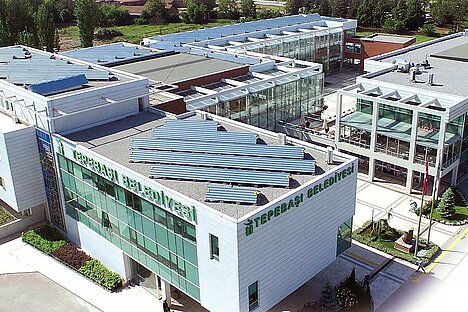 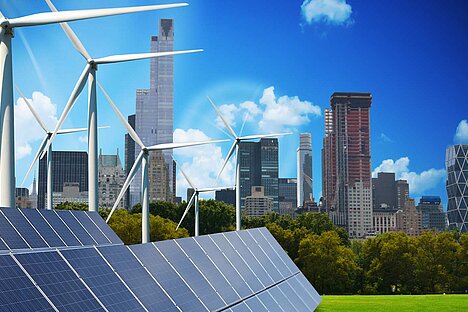