Why Culture Matters in the Reconstruction and Recovery of Cities 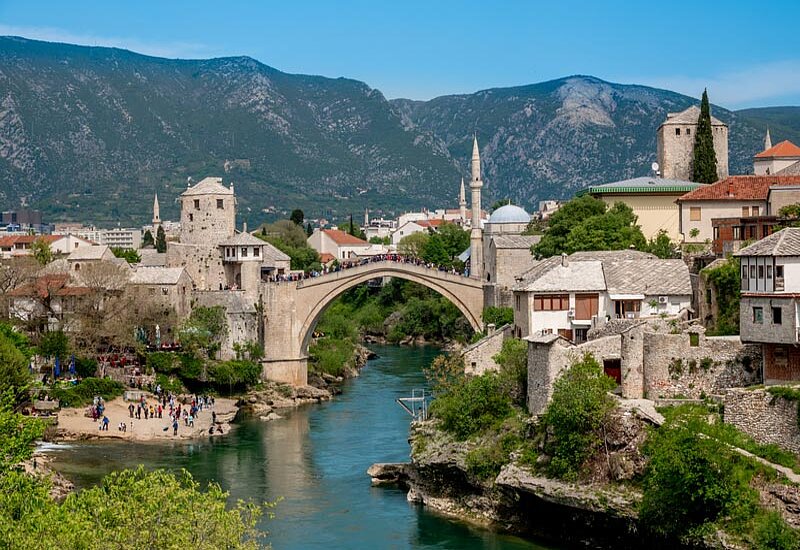 Stari Most (Old Bridge), 16th century Ottoman bridge, symbol of the city of Mostar, destroyed in 1993 by Croatian military forces during the Croat-Bosniak War | © Anderm | Dreamstime.com

With an ever bigger urban population being affected by both natural hazards and armed conflict, policy makers and practitioners need to develop effective strategies for the reconstruction and recovery of cities. Ahmed Eiweida, Christianna Brotsis, and Yuna Chun argue that it is imperative for such strategies to take culture into account.

Today’s world is shaped by many forces – including urbanisation, natural hazards, and conflict – and culture is central to the interplay of these forces. Culture is the foundation upon which cities are built. Cities are not just a collection of buildings, but are the people, their stories, and how they interact with each other through their cultural identity and sense of place.

Given the unprecedented speed and scale of urbanisation, the frequency and intensity of natural hazards are disproportionately affecting urban areas. Each year, more than 200 million people are impacted by storms, floods, cyclones, and earthquakes – a situation that is being exacerbated by climate change.
At the same time, armed conflicts are increasingly causing widespread destruction in cities. Many cities have seen people’s collective memories and symbols of their cultural identities – their tangible and intangible cultural heritage – damaged or destroyed during conflict as a means of erasing people’s ties to their identities and communities.

The Cases of Mostar, Bosnia and Herzegovina…

Global cases show us that culture serves as a bellwether of recovery. In Mostar, Bosnia and Herzegovina, the city’s multicultural identity was rebuilt through the reconstruction of the Mostar Bridge. For Mostar’s citizens, the Mostar Bridge was a cultural icon that defined the city’s identity. When the bridge was destroyed in 1993 during the war, local inhabitants prioritised reconstruction of the bridge over housing, indicating its true value to the community.
The people of Mostar demanded “a full rebuilding of the bridge on the spot where it stood, in the form it had, and from the same materials as originally used. For them, this form of reconstruction symbolized the re-establishment of desecrated values.”1 The community’s message was clear: “A person killed is one of us; the Bridge is all of us”2, articulating the fundamental role of culture as identity in the recovery process for the people of Mostar.

…and of Aceh, Indonesia

In Aceh, Indonesia, which suffered from three decades of urban destress due to separatist conflict and the 2004 Indian Ocean tsunami, post-crisis reconstruction and recovery efforts unfolded in parallel. The national and provincial governments started to collaborate and took a culturally informed approach, ensuring transparency and stakeholder engagement by leveraging the region’s diverse and vibrant local cultures and wisdom.

For instance, reconstruction leaders collaborated with local theatre groups to develop and perform new plays that promoted dialogue on Banda Aceh’s reconstruction and peacebuilding process. The “forum theatre” method catalysed interaction between the actors and the audience who enthusiastically commented upon and discussed each play’s disaster-recovery theme. Such creative and culture-based interventions helped to inform the post-disaster reconstruction and peace-building processes as well as to solicit citizen feedback, while engaging vulnerable or at-risk groups for improved resilience.