Urban development for all in Vienna

In the field of gender planning, Vienna is accorded a top position at the European level regarding both the conceptual depth and thematic width of its activities. This is also evidenced by the great international interest in the experience “made in Vienna”. 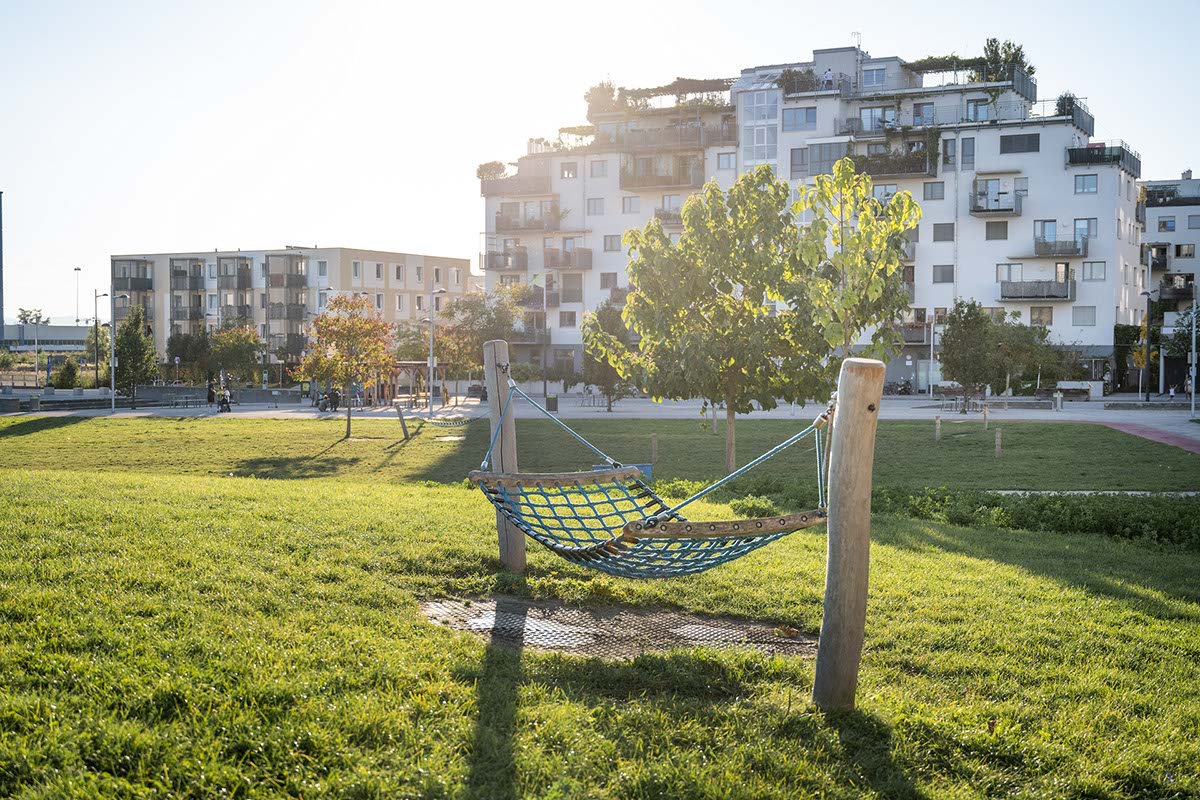 Vienna is a growing city that according to demographic forecasts may expect to have two million inhabitants by 2030. The urban society is becoming more and more diversified. Divergent interests often entail conflicts between different user groups, which may be exacerbated by increasing urban compactness. To ensure the urban quality of living for the future, Vienna attaches high importance on pronounced social sensitivity and consequently implements gender mainstreaming. Gender mainstreaming in urban planning aims at systematic quality evaluation regarding the equality of opportunities allotted to different user groups. In the sense of ensuring “fair shares in the city” for all, Vienna is questioning what sort of benefits (or, possibly, impediments) result for different groups from planning decisions taken by the public authorities.

The main concern of the City of Vienna is to create a city that supports all users in their different and diverse everyday contexts. The city pursues this with different sub-goals, which implementation it is constantly working on: 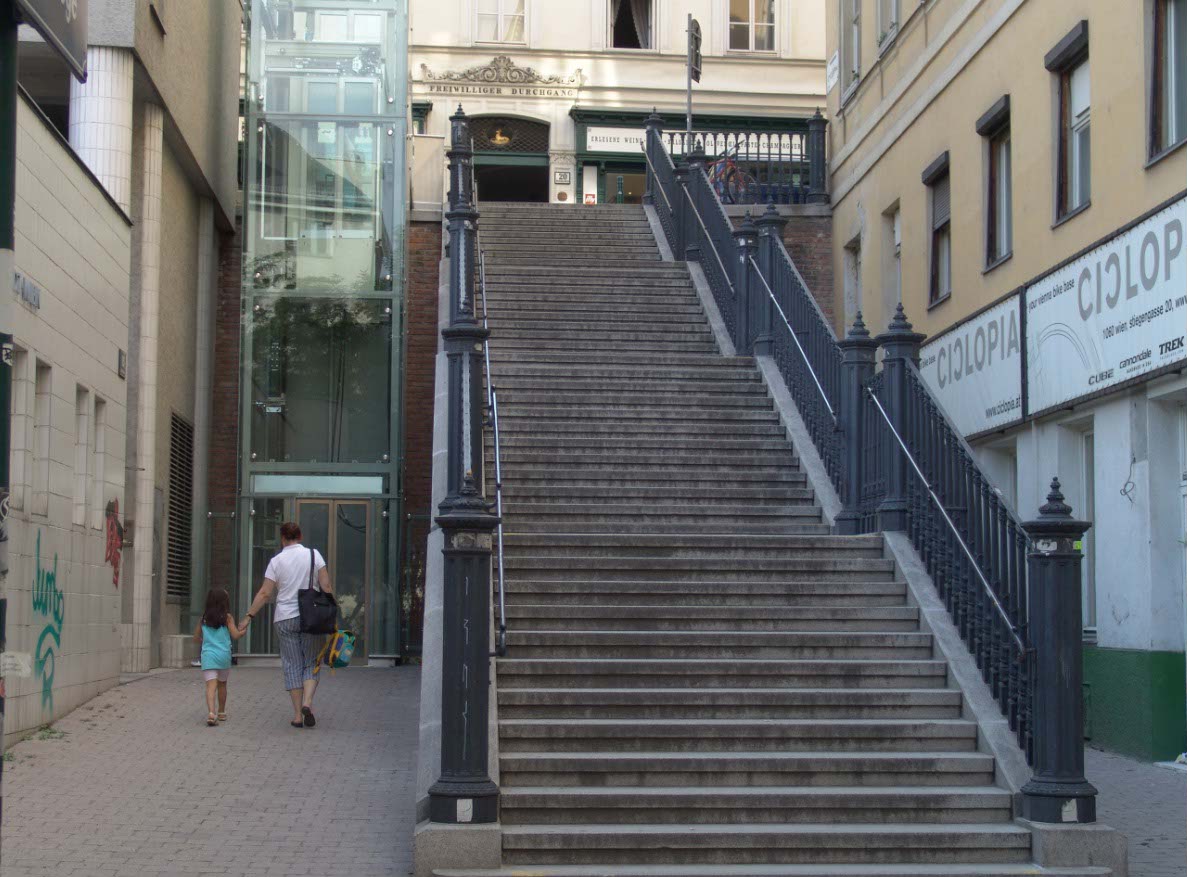 The City of Vienna in Austria started their work with gender mainstreaming in 2000, focusing on making this a cross-cutting strategy for the whole municipality. By investing in gender mainstreaming, the City aims to “achieve positive socio-political change for all its citizens”. The objective is to better meet the needs and demands of all its citizens and thereby improve quality of public services. This is done through evaluations and by considering all users of public services, not only from a gender perspective but also from a social, ethnic, and health-related perspective.

The first step of this initiative was to integrate a gender perspective in the design of urban planning and to develop and implement targeted projects for women. At this first stage, concept and methods were developed and tested to provide general guidelines for the implementation of gender mainstreaming in all areas.
The City of Vienna has also integrated gender budgeting in their budget proposals since 2006, reviewing all parts of the budget from a gender-perspective and presenting, in a separate chapter, who benefit from different items in the budget.

As a second step, the City focused on structural and systematic implementation of gender mainstreaming by concentrating the activities on raising awareness, transferring knowledge, and developing evaluation and reporting methods. Municipal officers in charge of gender equality have also been appointed.
For the first time, target group-specific requirement profiles, objectives, test questions and quality indicators were formulated for different scale levels in Vienna while at the same time presenting the most important methods and work tools for a gender-sensitive approach in the 2013 published Manual “Gender Mainstreaming in Urban Planning and Urban development”.

As a result of many successful pilot processes and projects, gender mainstreaming today is well established as a central strategic discipline of urban planning in Vienna. It was implemented in the Strategy Plan for Vienna, the Urban Development Plan and sectoral programmes, master plans and urban design concepts as well as in numerous individual projects. Between 2005 and 2010, all planning departments of the City of Vienna conducted gender mainstreaming pilot projects as agreed in their annual contracts. Over 50 pilot projects have thus highlighted the manifold tasks and possibilities of action and decision open to planners. 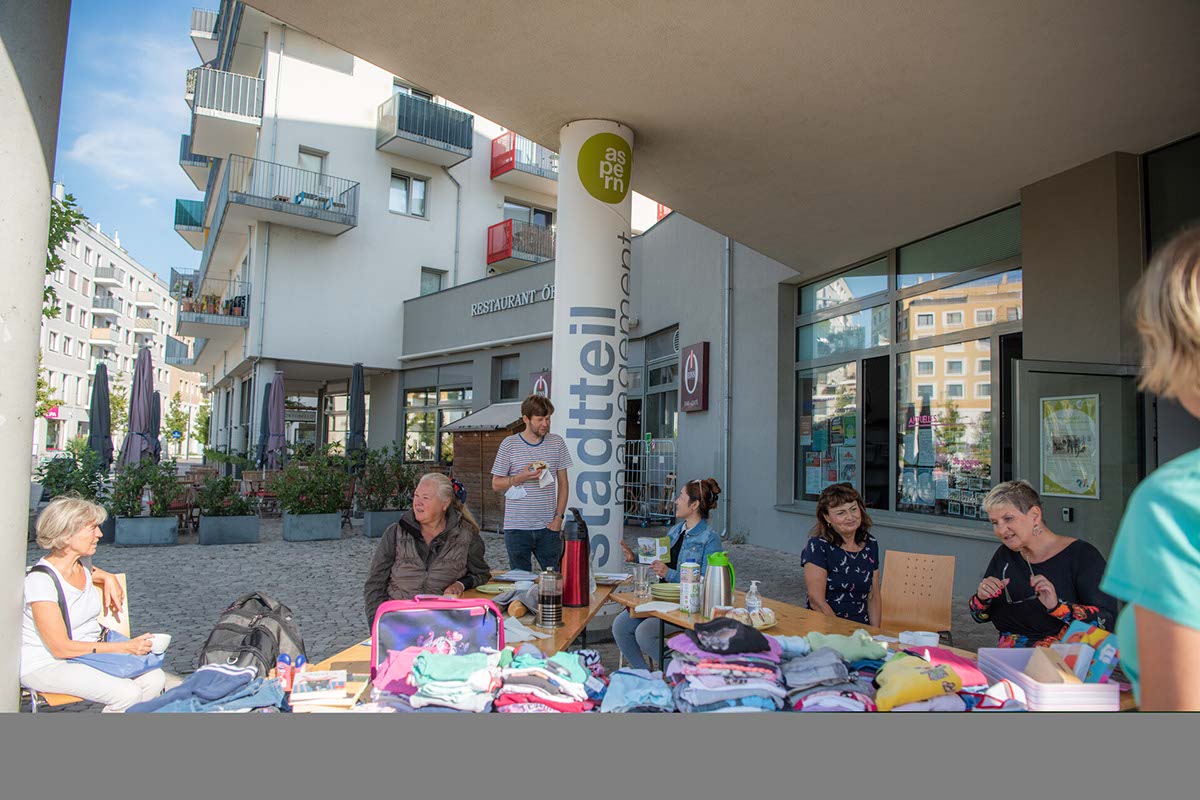 Gender-sensitive planning is a differentiated planning culture that employs a site- and group-specific approach. The added value of gender mainstreaming becomes evident at several levels and, generally speaking, the usability and functionality of a city augment significantly. One of the Municipality of Vienna's recipes for success seems to be to start with small and well-thought-out pilot projects. This makes the added value of gender mainstreaming clearly visible and it can be established more easily at the strategical level. And it is definitely relevant that gender mainstreaming is also sufficiently anchored there.

The Guardian: City with a female face: how modern Vienna was shaped by women
https://www.theguardian.com/cities/2019/may/14/city-with-a-female-face-how-modern-vienna-was-shaped-by-women

Observatory – European Charter for Equality of Women and Men in Local Life: Vienna – a model city for Gender Mainstreaming
https://charter-equality.eu/exemple-de-bonnes-pratiques/a-model-city-for-gender-mainstreaming.html

Committee for Sydney (2020): Designing a City for Women. Lessons from Vienna
https://sydney.org.au/wp-content/uploads/2020/04/Committee_City-for-Women.pdf 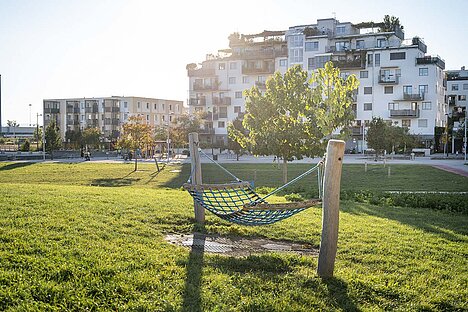 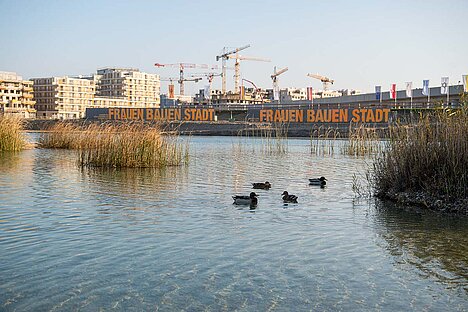 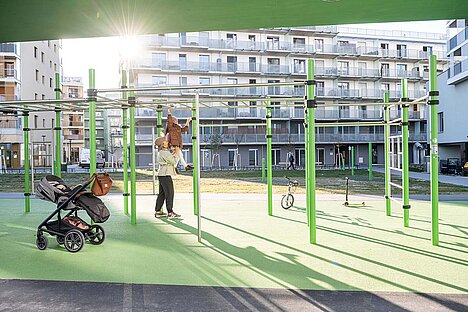 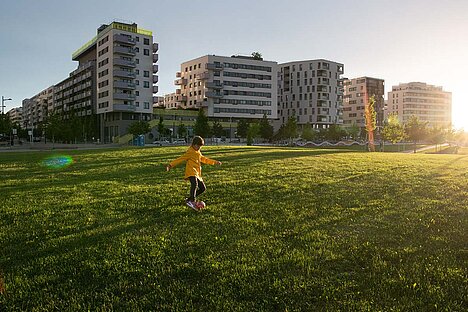 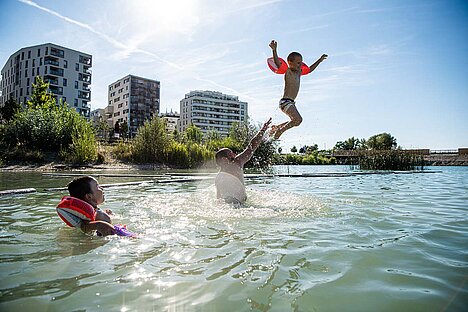 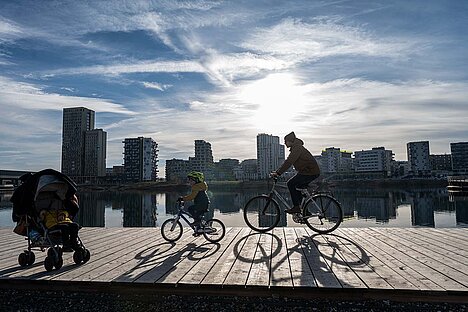 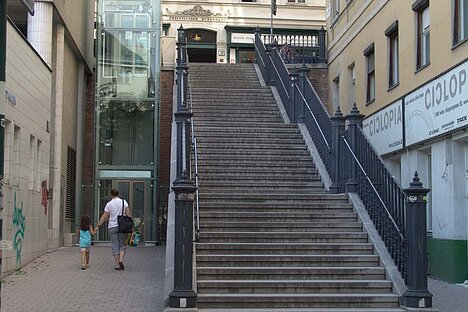 The installation of this lift in Mariahilf have helped to make the city more accessible for people with prams, wheelchair users and older people. | Photo City of Vienna 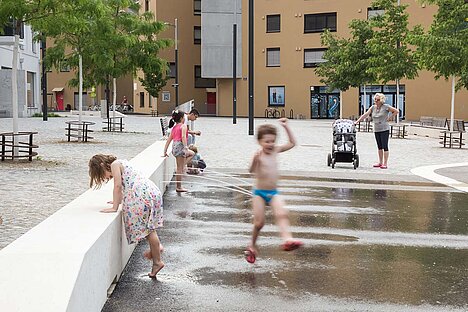 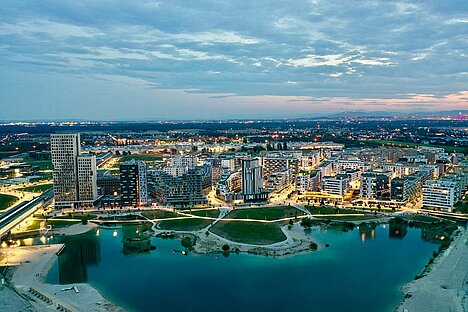 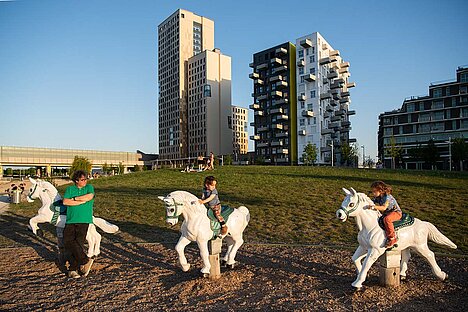 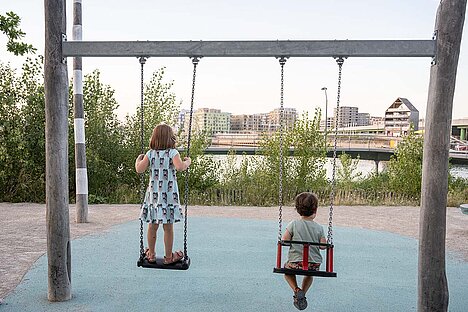 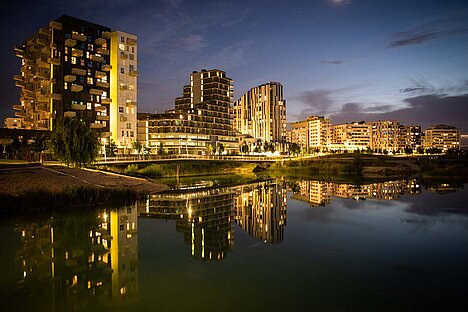 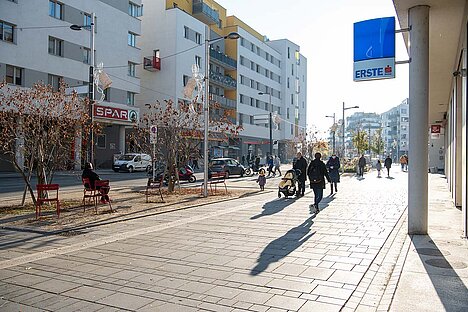 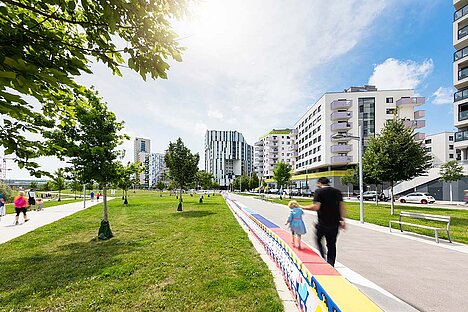 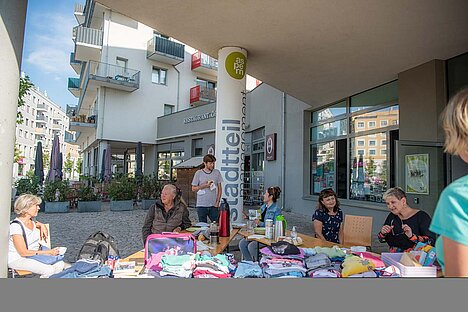 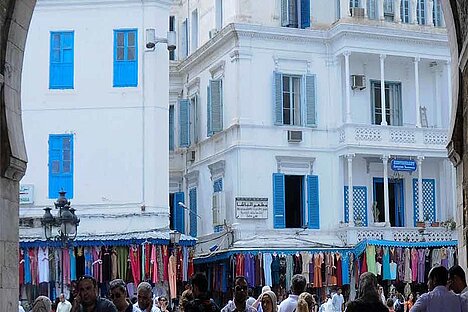 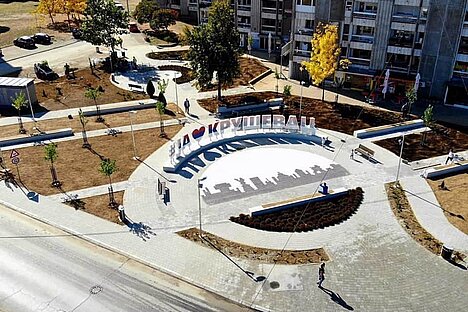 Kruševac’s Vision - “A city accessible to all" 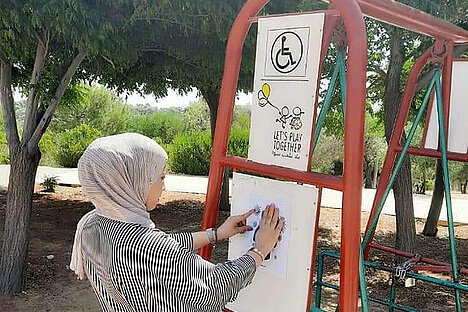