Cities should respond to the needs of all citizens. However, most cities are rather designed for men than for women and girls and vulnerable groups. This affects many dimensions of urban development: access to public space and municipal services, safety, health and hygiene, urban mobility, housing, economic opportunities and participation in urban planning processes.

In fact, the way urban development is organised and practiced tends to perpetuate or even reinforce existing gender inequalities. However, cities can actively work for gender equality if they consider themselves as agents of social change.

Green areas and public open spaces in the city are accessed by all genders, cultures and age groups and contribute significantly to recreation and the physical and mental health of the urban population. However, the lack of public lighting and sanitation facilities in public spaces make women avoid many urban areas because they feel unsafe and the infrastructure does not meet their needs.

Worldwide, fewer women than men are in paid employment. They are often kept out of the labour market because they take care of children or the elderly. At the same time, women in the very same positions still earn less than their male colleagues. Gender-sensitive approaches to promote women's employment are needed to change the gender gap in the long term. Our Good Practice from Libya illustrates a promising approach: Good Practice of the Training and Development Centre for Women in Hay Al-Andalus Municipality in Libya.

Urban planning that strictly separates living and working space makes it difficult for women to coordinate paid work, the supply of goods and services and family care. The physical design of many cities thus contributes to the perpetuation of existing economic inequalities.

Housing also has a gender dimension. Affordable housing for all is one of the most important current urban challenges. But more part-time employment, lower wages and eventually lower pensions mean that women have less income to spend on living. The affordable housing crisis therefore affects everyone, but women are particularly hard hit.

Cities are planned by men

Many of the inequalities previously outlined are caused by the absence of women, girls and gender minorities in decision-making processes. Therefore, awareness of different patterns of use of public space and public transport is often missing in urban planning units. An inclusive urban development must take into account the needs of all.

Urban professionals from academia and practice are looking at how cities can be designed and planned to be inclusive and work well for all. They emphasise that physical structures of the city and the design of public space can help ensure equal rights and opportunities for a variety of groups.

Well-maintained multifunctional squares: Lively spaces with a variety of services and plenty of space to linger are enjoyed by all genders, cultures and age groups. These popular spaces of a living urban community are also safe places. Many "eyes" are not only nicer than surveillance cameras, they are also more effective: the rates of violence drop massively - against girls and women as well as among male youths.

Barcelona, a city that has been governed by Mayor Ada Colau since 2015, demonstrates the success of this concept: What would a city designed by women be like? (short BBC report) .

Women in politics and planning: The Barcelona example also shows that women's involvement in city parliaments and administration is very important. About 130 countries have already introduced quota for women at all government levels and their proportion is significantly increasing. And studies show: at the municipal level, there is a significant correlation between a high proportion of women in city parliaments and city administrations and gender-just urban development.

Girls and young women as experts: Users of urban infrastructure know best what works. The Swedish think tank Global Utmaning has documented the results of the #UrbanGirlsMovement in the #UrbanGirlsCatalogue. It contains a variety of good practices and policy recommendations for the inclusion of girls in urban planning.

Gender as a cross-cutting issue at Connective Cities.

Within the Connective Cities project, gender sensitivity is one of our cross-cutting topics. This underlines the importance of including a gender perspective in all areas of urban development.

The COVID-19 crisis has revealed and exacerbated existing gender inequalities around the globe: in the health sector, in employment, in urban communities. Domestic violence has also increased in all classes of society.

As part of our Connective Cities Municipal Response to COVID-19 Programme, participants in our events looked closely at the impact of the pandemic on gender-sensitive urban development. The socio-economic well-being of women and gender-responsive urban planning were among the topics on which cities from all regions of the world exchanged ideas and developed innovative solutions.

Urban development for all in Vienna

In the field of gender planning, Vienna is accorded a top position at the European level regarding both the conceptual…

More
Good practices on the topic

The 15-Minute City: A Feminist Utopia?

Capacity building for gender equality at the local level

2021 - Understanding the environment an learning from good practices!

More publications on the topic 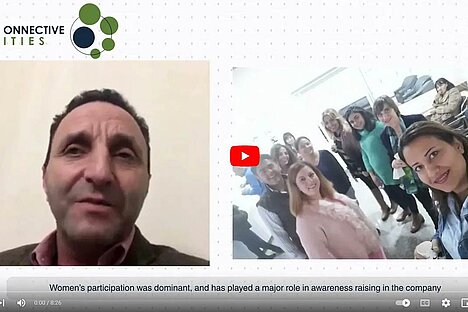 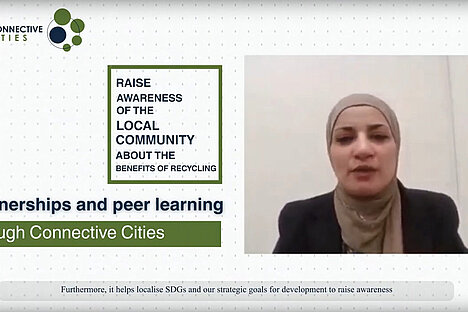 This video is the second of ten in our new series "Voices from Connective Cities - the MENA region". 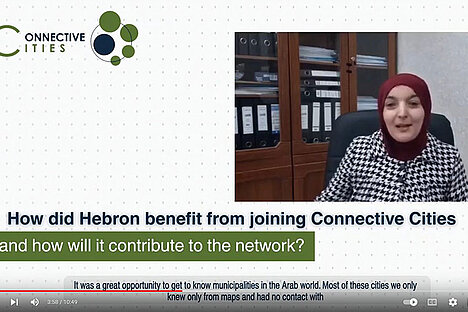 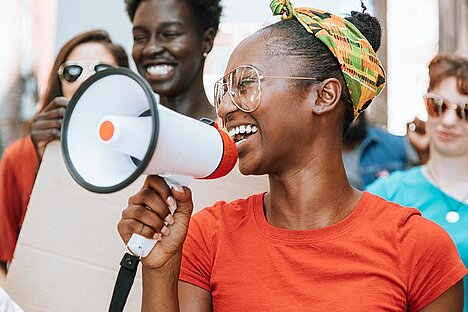 Urban Safety for Women and Girls